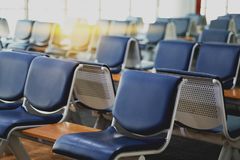 She was anxious to see her boyfriend again. It’d been two weeks since his business trip began. Meeting him at the airport was getting exciting. Not being able to attend his girlfriend’s mother’s funeral, he felt guilty and insisted on meeting her at the airport when she didn’t mind taking a taxi.

Her phone call came first. Flying from Denver to Chicago brought him home earlier than expected. The wind favored the airplane that day. The two years of dating for them began to talk of marriage, but they just weren’t sure. He was disappointed to learn that her flight was delayed in Atlanta. Anything about rain and Atlanta just goes dark. Her Chicago arrival was off by one hour. “Oh well,” he thought, “I’ll finish up at work, won’t have to rush now.” He met her through a friend of a friend, and they enjoyed their time together. Their relationship was getting more serious, but he wasn’t in a hurry.

They both happened to park next to each other at the airport. A quick smile between them led them to share the elevator to the arrival floor. Pre-2001, they were able to meet their friends at the gate. She went to the bathroom, and he bought a cup of coffee. She brought her book, and he sipped. An empty seat separated them. He recognized the book title, so he took a wild chance and asked her if it was worth it. “Oh yes,” she replied, “I can barely put it down.” He smiled. He said that he liked mysteries as well. “I’m a nurse, so I know the medical jargon,” she said. “I’m an accountant and don’t understand all the Latin, medical words.” “It gets easier after you use the words more and more,” she responded.

Years and years later, she swears that it was he gentle demeanor. He claims it was her eyes. Both agreed to an innocent lunch the following week. They picked up their respective friend and returned home.

Two weeks later he and she got married. Forty-five years ago. I worked with her for ten years and truly love telling her, I mean “their,” story. 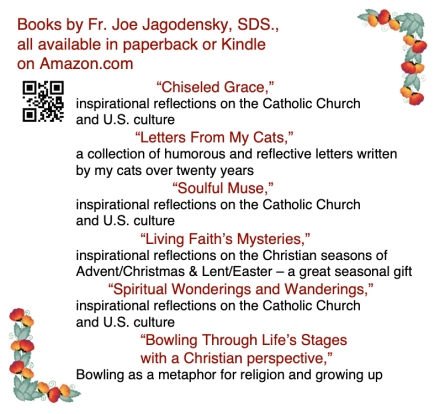 A Roman Catholic priest since 1980 and member of the Society of the Divine Savior (Salvatorians). www.Salvatorians.com. Serving as Administrator, St. Catherine of Alexandria, 8661 N. 76 Place, Milwaukee, WI. 53223. www.stcatherinemke.org. Six books on the Catholic church and U.S. culture are available on Amazon.com.
View all posts by Rev. Joe Jagodensky, SDS. →
This entry was posted in Airplanes, Spirituality. Bookmark the permalink.