(A friend challenged me to write something that used the word, “ink.”)

I signed it. It is finished. I thought I wouldn’t have the nerve to make it happen, but I did. It’s funny how you go back and back before making a definitive decision, and yet you know that this is what you want. 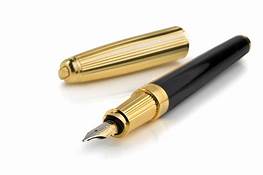 I need to now abide by it. It said that I have thirty days to withdraw, yet why would I, after all my deliberations with family and friends. Some friends said that I was “Crazy” to do it. I think that’s because they were speaking about themselves more than my resolve. My family had a hesitant agreement with me, but that’s because they know about my history of indecision.

Yet, I signed it. It is finished.

The word “permanent” came to my mind, which made my mind turn fuzzy. Permanent? You’ve got to be kidding! Me? Thirty-five years old and I haven’t done anything near to honor that word.

It’s not my problem. What’s permanent in our lives these days? A friend told me that the destruction of society was the invention of the Styrofoam cup. You’re able to throw it away after using. Once. So the domino-effect continues throughout our lives as though we have no control over them. Marriage? Give it a few years even I stated “for life” in front of a lot of people. Fetus? Only if it’s the financially right for my husband and me. Cable? I think I’ve had and canceled them all. And, do you ever think I’ll have a job as my father did for forty years? You already know that answer.

But today, I signed it. It is finished.

I signed it. At first, I wanted to use a pencil as though I could erase it as quickly as I wrote it. But then I thought, “No.” It needs to be signed in ink. Permanent. Lasting. Unending. I can afford the apartment, it’s now mine. Because you can’t erase ink. 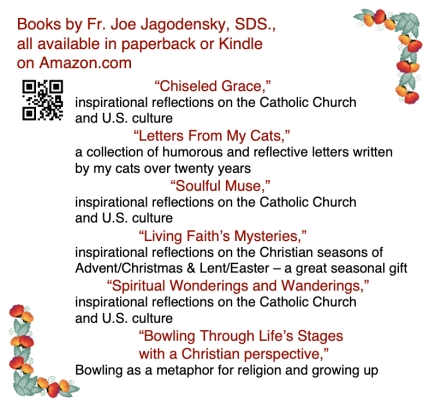 A Roman Catholic priest since 1980 and a member of the Society of the Divine Savior (Salvatorians). www.Salvatorians.com. Six books on Amazon.com.
View all posts by Rev. Joe Jagodensky, SDS. →
This entry was posted in Spirituality. Bookmark the permalink.