My Graduation Speech In May 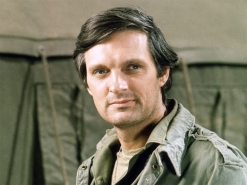 May is the month of sending forth college graduates into the world of business, culture, finance or wearing a hat while saying, “Supersize that for you, ma’am?”

My May leads me to a new position that was not planned but is now expected. I love reading commencement speeches, read by famous people to the soon-to-be-famous people ending with tossed hats (preferably not to be replaced with a McDonald’s hat.) Their speeches are personal and meant to send forth and inspire the next generation of doers, some good and others not so much, to exceed their already successful speaker. Just reading them gives me goose bumps for the hope and enthusiasm sparked by the speaker’s own experiences of ups and downs.

I imagine this May that I’ll be sitting alone among 199 empty chairs and waiting to toss my hat (or cap!). My parents will not attend but they continue to live within me. My friends will not attend. They’ve shared their share of sympathy for me for months now but life has a way of leading their own lives forward without me.

Thinking of a keynote speaker speaking to an audience of one, I first thought of Alan Alda just because he’s Alan Alda. I would have chosen Robin Williams but he crapped out on me way too soon. I’d be humbled to hear about his depression and the peaks and valleys of his rich life. That’s the inspiration needed for any twenty-two-year-old or a sixty-four-year-old.

Bill O’Reilly called and told me that he’s available to speak but I said, “You’ve got to be kidding! Just write your next book, ‘Killing Bill O’Reilly.’”

I can name how many secondary or third-rate movie stars that I’d love to speak to me but you wouldn’t know who they are but they’re the ones that carry a star’s story forward by giving good or bad advice. They ground the film in real life making it a story worth watching. I like being that second or third billing as the movie credit scroll upwards.

So, I settle on M.A.S.H.’s Alan. In his role as Hawkeye, he performs the conventional duties he needs to perform surrounded by his spontaneous and surprising twists and turns. He’s excellent at what he does but everyone around him wonders about the rest of him. I like that about him and I like that about me.

I’d sit in the middle of those 199 empty chairs to make him comfortable as the chancellor introduces him as those I need an introduction since I invited him. He’d approach the podium to my singular applause. (You don’t stand until he’s finished.)

He’d thanked the necessary people for being here (Two: my imaginary chancellor and myself seated somewhere in the 100th seat.)

He’d say, “It’s good you can still toilet yourself (only in Healthcare is “toilet” a verb) and that you’re still able to drive” (although I feel Uber is in my near future). “You still have much to offer,”  (“Still?” What happened to my oyster analogy? If you “still” me once more it’ll be an audience of zero.)

But now he’s talking. Alan launches into a litany of qualities that have seen him through life – both in character and real life. He revels and is proud of both his successes and other’s misconceptions about him. He said, “Even when people don’t understand me, it makes me laugh and a better man.” He said, “Keep doing what you do best and you just may stumble over kernels of truth along the way.”

Colonel Potter gave a line that I’ve never forgotten, “If you aren’t where you are then you’re nowhere.” Hawkeye is under house arrest (it’s a tent) and Frank Burns taunts him by standing at the entrance saying, “I can go in and I can go out,” repeating it again and again.

I applaud Alan for his attendance although his fee didn’t include a picture with me. I imagine the other 199 graduates leave with me on an onward, unknown future full  of possibilities, promise, and proper pay.

During my last few years of priestly ministry, I’d like to feel some goose bumps from time to time and to thank Alan Alda, I mean God.

1 Response to My Graduation Speech In May