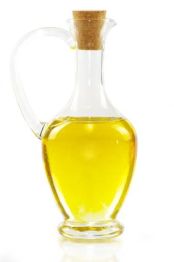 As a priest I have the privilege of baptizing a child.  The water part is my favorite (after a boring litany of Biblical references to water) when I slowly pour the water over the tiny head that will replace both me and her two standing parents.  The grandparents give a soft sigh of relief that the kid won’t now burn in hell or a life sentence in “limbo” (no longer taught by the Catholic Church – bad reviews.)

“Priest, Prophet and King” is said by me as chrism oil is placed on the crown of the child’s head.  (Her crying has stopped.)  Now, the child’s not only been softened from original sin  (questionable theology, at best) but now the youngster’s been anointed three big titles that somehow need to happen between the morning mush, the afternoon nap and evening poop.

Parents ought to repeated those three titles often to their children throughout the eighteen or plus years spent with those “anointed.”  There is nothing symbolic or cute about Baptism.  It is all pure and simple and exhibited before the family and the congregation (who are waiting to go home. “There’s a baptism again during Mass!”)

Three marks that will mark the child’s life, not in an eventual Divine evaluation but in the fulfillment of what began that morning.  The crying or obedient baby has been commissioned.  The last word doesn’t sound important enough so the Church uses the word “anointed.”  Many Biblical figures have been anointed to be empowered.  That’s the right word, empower.  God provides and God empowers; the unfolding is left up to us – the baptized.

“Service, Reflection and Servant” are the translated head’s oiled crown.  A Priest “serves,” a Prophet can only look toward the future with a firm understanding of yesterday and today and a King is a equal servant of those whom he/she influences and encounters.  The three combined sounds like a lot of work and effort but that was God’s intention.  Baptism was never about “me” but about “us” which is why it’s celebrated within community.

We perceive ourselves as but a drop of water in life’s ocean when we’ve been commissioned, no I mean anointed to be three big things.  We uncover and live them throughout our lives.  We cherish those titles oiled upon us and we feel them boldly especially in troubling and doubtful times.

A Roman Catholic priest since 1980 and a member of the Society of the Divine Savior (Salvatorians). www.Salvatorians.com. Six books on the Catholic church and U.S. culture are available on Amazon.com.
View all posts by Rev. Joe Jagodensky, SDS. →
This entry was posted in Baptism, Spirituality. Bookmark the permalink.