It’s the Journey, Not the Destination 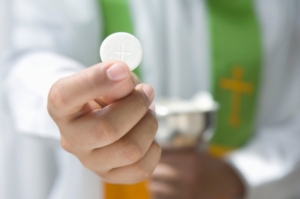 Colonel Potter on “M.A.S.H.” gave a classic line that I’ve never forgotten, “If you aren’t where you are then you are no where.”  With that, the conversation between Hawkeye and him ended

So much of religion is concerned with preparing ourselves for some place we know nothing about, heaven.  Oh yes, we can speculate and postulate until we’re blue (or purple) but at the end of the book or lecture we are still left with this inevitable end to our lives and this “some place” of a destination that follows.  (Actually, loosely used, heaven is only after the second coming of Christ.  In the meantime graves are visited by family and friends twice a year to change the flowers.)

Unfortunately the unknown and vague destination provides excellent fodder for anyone, anywhere to say anything about heaven’s pathway and then pass a collection basket to compliment the speaker on speculating better than others have on something the speaker has no personal knowledge of yet spoke eloquently about.  (Is religion great or what?)

Focusing on the journey rather than the destination tasks us with more immediate concerns because the journey focuses on today and the day after the next.  This is where I have a degree of control and influence.  It is here that my life is lived and presumably pathed toward hopefully the upper half of my eternal resting place.  If we could only cease with destination talk and focus on journey themes then something exciting and life-giving certainly occurs.

Terrorists are promised a special place in eternal life for their misguided “sacrifices.”  I’m always surprised more Catholics don’t commit suicide because of the next life’s bliss.  (I guess making suicide a mortal sin delays our eternal delight so we just need to keep solidering along.)

How we constantly miss the point of the person in front of us baffles me.

The person in front of us in this life wishes for a listening ear, a genuine smile and attentive eyes.  We spare a moment and we listen.  We smile or grimace depending on the nature of the story.  We wish the person well and promise a remembrance in our prayers.  There is no reward nor no merit.  It is this journey, not that destination that is lived and celebrated during that brief moment and, by the way, every time we gather for the Eucharist.

The new Mass prayers of the Catholic Church has the word “merit” pop up a lot; way too much, if you ask me.  It is heresy, as I remember which places our deeds, prayers or actions to somehow cause that “unknown” place to someday be ours.

Nothing can get us to our final destination – earned or rewarded.  Heaven is not granted on a point system or number of hosts eaten or rosaries said. The Psalms tell us that “sacrifice and burnt offerings” is not what God wants but a “contrite heart.”  I think Catholics have a more difficult time with this thinking than other Christian religions because we somehow were taught that heaven is a place that is worked toward.  You work to earn the rewards of eternal life.  The destination can never be achieved because of our accumulative actions and deeds.  That’s why the old joke about those who ate meat on Fridays are now in hell is a senseless belief because that’s not the salvation Jesus won for us.

What we all do know, what we all cherish and what we all appreciate is this life that we’ve been graced with this day and hopefully for several more tomorrows.  What comes after, “Who really cares?”  Can’t we give God at least something to do?  After all, He is God!

A Roman Catholic priest since 1980 and a member of the Society of the Divine Savior (Salvatorians). www.Salvatorians.com. Six books on the Catholic church and U.S. culture are available on Amazon.com.
View all posts by Rev. Joe Jagodensky, SDS. →
This entry was posted in Spirituality and tagged Body of Christ, Corpus Christi Sunday, Eucharist, Heaven, Mass. Bookmark the permalink.